This site may use cookies and other technologies to give you the best experience possible. By using this website, you consent to the use of these technologies. Please read our Privacy Statement to learn more. Got It

3:30-7pm
nSight Registration
Registration will be on the main floor lobby of the Raleigh Convention Center, where you'll be able to pick up your name badge and SWAG bag before exploring the Community Lounge and networking at the Welcome Reception. * Don't forget to bring your children's book to registration. We'll have a bin to collect all the books being graciously donated to Read and Feed, a local charity organization!
4-5pm
Community Lounge Power Hour
The best way to begin your nSight 2020 adventure is with the Community Lounge Power Hour! Take advantage of this great opportunity to connect, collaborate, and converse with nCino experts and other attendees. And don't forget the hands-on demonstrations of nCino in action! The following stations will be open to help answer your questions and provide you with in-depth demonstrations:
5-7pm
Welcome Reception
7:30-8:30am
Networking Breakfast
8:30-10am
Vision 20/20: The Future of the Intelligent Enterprise
Since day one, nCino's vision has been to transform the financial services industry through innovation, reputation and speed. In this exciting opening keynote, CEO Pierre Naudé and Chief Product Officer Trisha Price will share how nCino is accomplishing this goal with the help of our customers, partners and colleagues. Featuring special guests from financial institutions and nCino leaders, you’ll leave armed with a vision for an exciting future that will change the way we bank for the better.
Pierre NaudeCEO, nCino
Trisha PriceChief Product Officer, nCino
10-10:30am
Networking and Refreshment Break
10:30-11:15am
Keynote
Al DominickCEO, Bank Director
Wendy Cai-LeePresident & CEO, Piermont Bank
11:15am-12pm
Fireside Chat
12-1pm
Networking Lunch
12-5pm
Community Lounge Open
The Community Lounge is the perfect place to have one-on-one conversations with nCino experts, catch a demo of nCino features and functionality or stop by the Lounge Live stage for a quick presentation. The following stations will be open all afternoon to help answer your questions and provide you with in-depth demonstrations:
1:15-2:15pm
Breakout Sessions
2:30-3:30pm
Breakout Sessions
3:30-4pm
Networking and Refreshment Break
4-5pm
Breakout Sessions
6-9pm
Evening Reception
7:30-8:30am
Networking Breakfast / Table Talks
8:30-9:15am
Building an Unbeatable Brand
When Dr. Dre and Jimmy Lovine created Beats in 2008, their goal was to revolutionize the headphone category. And Omar Johnson's creative business acumen helped Beats become the most popular headphone in the world for athletes and musicians. During Johnson’s tenure as CMO, Beats grew from 20-million-dollar company into a billion-dollar enterprise through unconventional marketing tactics and his brand of insight, idea, execution and results. In his highly engaging talk, Johnson shows how he used curiosity, creativity and emotional connections to turn Beats headphones from a commodity product into a one-of-a-kind customer experience and a hit global brand.
Omar JohnsonFormer CMO, Beats by Dre and Former VP Marketing, Apple
9:15-9:30am
Refreshment Break
9:30-10am
Credit Markets & Modeling Credit Risk
Credit markets are an important part of the US economy because they fuel consumer spending, which represents roughly 70% of GDP. Thus, understanding the economics driving consumer credit markets is vital for professionals working in the financial industry. In this session, we'll show how the care you take in modeling and mitigating credit risk can impact the trajectory for your financial institution’s profitability, risk, and financial security.
Taylor Nadauld, PhDAssociate Professor of Finance at BYU and Chief Economist, nCino
10-10:45am
The nCino Bank Operating System: Executing on the Vision
An integral part of nCino's vision is to create a true single platform solution upon which your entire financial institution is built. We execute this vision by focusing on connection, continuous innovation, and our commitment to the success of our customers. In this keynote session, we'll share some exciting new features and functionality recently added to the nCino Bank Operating System and demonstrate how nCino can help drive innovation across your institution.
Trisha PriceChief Product Officer, nCino
Kendra TolleyDirector of Retail Product, nCino
Josh MarcyVP Product Management, nCino
10:45-11:15am
Networking and Refreshment Break
10:45am-4pm
Community Lounge Open
The Community Lounge is open for the day! Make sure to swing by for connections and conversations with nCino experts and other attendees, fun Lounge Live sessions, plenty of outlets to charge your devices, and all the hands-on demos you can handle. The following stations will be open to help answer your questions and provide you with in-depth demonstrations:
11:15am-12:15pm
Breakout Sessions
12:15-1:15pm
Networking Lunch
1:30-2:30pm
Breakout Sessions
2:45-3:45pm
Breakout Sessions
3:45-4pm
Last Call for Community Lounge!
Featured Speakers
Click on images below for more information 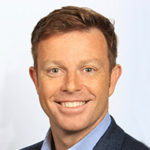 Al Dominick
CEO, Bank Director
Al Dominick serves as the Chief Executive Officer of DirectorCorps, a Nashville, TN-based media company that counts Bank Director and FinXTech as its two primary brands. In this role, he oversees the strategy, operations and financial performance of the privately-held company. A 1999 graduate of Washington & Lee University, where he was a four-year letterman on the varsity baseball team, he earned an MBA from the University of Maryland's Robert H. Smith School of Business. His financial and technology background includes positions with Board Member, Inc., Bank Director's previous company which is now part of the New York Stock Exchange, and Computech, a Bethesda, Maryland-based information technology firm now part of NCI (NASDAQ: NCIT). He lives in Washington, D.C. with his wife, two children and one black lab. You can follow him on Twitter via @aldominick. 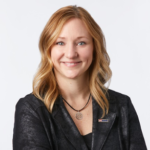 Amy Theuma
SVP - Business Banking Credit & Underwriting Director, U.S. Bank
Amy started as a teller with U.S. Bank in Portland, Oregon in 1990 and has enjoyed a variety of roles with increasing responsibility over her 22 years of service.  She’s spent the majority of her career in both consumer and wholesale banking where she’s gained notable experience in commercial lending, facilitating collaboration and enabling change.

Amy has been leading the Business Banking underwriting teams since September 2016.  She also served as the Journey Owner for the Business Lending Transformation Journey (nCino) in Minneapolis for a full year that recently ended in September 2019.

Amy holds a bachelor’s degree in Finance & Management from the University of Oregon and is also a graduate of the Pacific Coast Banking School.

Amy is the current board chair of Financial Beginnings Oregon and past management advisor of the for the Oregon and SW Washington Spectrum BRG Chapter.

Amy was recognized by the Portland Business Journal in their 2011 class of “40 under 40”.

She resides in Portland with her family and as time allows, she enjoys gardening and golfing. 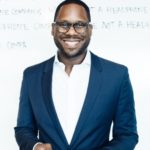 Omar Johnson
Former CMO, Beats by Dre and Former VP Marketing, Apple
Omar Johnson is a marketing and branding keynote speaker, entrepreneur, former CMO at Beats by Dre, and former VP Marketing at Apple. At Beats Electronics, Johnson was responsible for brand development, advertising, retail experience, entertainment / sports marketing, and digital marketing for all global brand marketing and advertising efforts. Adweek named Johnson a “Brand Genius” in 2013, and Business Insider named him one of the “Most Innovative CMOs” in 2016.

As the former Chief Marketing Officer at Beats by Dre and former VP of Marketing at Apple, Omar Johnson has created strong consumer connections with the brands he’s represented. He drove explosive growth at Beats, leading groundbreaking campaigns with celebrities such as LeBron James, Chris Rock, and Eminem – helping to take a $20 million company to a $1.1 billion dollar global icon and category leader.

Johnson drove explosive growth in the headphone category through groundbreaking campaigns including #ShowYourColor Solo Campaign, Powerbeats starring LeBron James and The Pills featuring Chris Rock and Eminem. He used “ambush marketing” and influencers to expand the brand—giving athletes and musicians free headphones at private company parties—which helped turn Beats into the headphone of choice for the best musicians and athletes in the world.

Previously, Johnson led innovative marketing programs for international brands such as Nike, Coca-Cola, Kraft Foods, and Campbell Soup. As an advertising lead at Nike, Johnson produced some of Nike’s most memorable TV commercials including “Rise,” starring LeBron James, “All Together Now,” featuring Kobe Bryant, and “The Most Valuable Puppets”.

Johnson is from Brooklyn, NY. He received a BS in Biology and Chemistry from Georgia State University and an MBA from Goizueta Business School at Emory University. 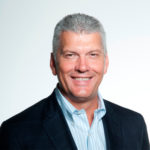 Pierre Naudé
CEO, nCino
Pierre Naudé is the chief executive officer of nCino, the worldwide leader in cloud banking. With over 30 years of financial technology experience, he is passionate about transforming the financial services industry through innovation, reputation and speed. Under his leadership, nCino has become one of the fastest growing fintech companies in the world. Today, nCino helps over 1,100 financial institutions increase efficiency, grow profitability and improve the customer experience. Prior to nCino, Pierre held leadership positions at S1 Corporation and served in various global senior management roles at Unisys Corporation. He holds a bachelor's degree in finance and management from Upper Iowa University. 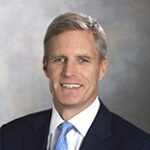 Robert Schleusner is a managing director and head of Wholesale Credit for Bank of America Merrill Lynch. Based in Charlotte, NC, he is responsible for credit delivery, including underwriting, structuring and monitoring, to the bank’s wholesale clients globally.

Prior to this appointment in May 2015, Schleusner was the head of Global Leveraged Finance. He and his team were responsible for the origination, structuring and syndication of high yield bonds, bridge loans and leveraged bank loans.

Prior to joining Bank of America, Schleusner worked at Lehman Brothers in the commodity derivatives group.

He is the Orange County Market Sponsor and formerly served on the board of the Loan Syndications and Trading Association.

Schleusner earned a Master of Business Administration from New York University’s Stern School of Business and a Bachelor of Science in Business from the University of Alabama. 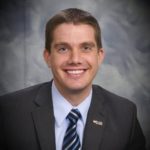 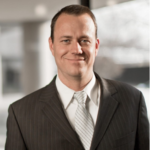 Taylor D. Nadauld, PhD, is the Chief Economist for Visible Equity, an nCino company, where he heads industry research and analysis. Dr. Nadauld earned his doctorate degree in Finance from The Ohio State University and his undergraduate degree is in Economics. He has also published papers in the Journal of Financial Economics, Review of Financial Studies and Real Estate Economics. Taylor enjoys traveling, outdoor activities, and spending time with family. He is a former All- American Rugby player and was named to the U.S. Men’s National Rugby Team in 2001. 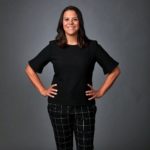 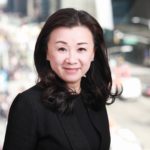 Wendy Cai-Lee is the President and Chief Executive Officer of Piermont Bank, a next-generation bank that focuses on accelerating growth for entrepreneurs. It is the first bank to open in New York State since 2008.

As a successful entrepreneur and executive, Wendy has 25 years of management and business-building experience in commercial and consumer banking, mergers & acquisitions, and cross-border investment advisory services at Fortune 500 financial organizations as well as start-up companies.

Prior to spearheading the formation of Piermont Bank, she was an Executive Vice President at East West Bank, responsible for its Commercial and Consumer Businesses in the U.S. During her tenure, she was instrumental in helping the bank grow from $22 billion to $36 billion in total assets. She also helped build de novo lending business units in several new industry sectors and in new geographies, including the Greater New York area and Texas.

Prior to East West, Wendy was a Managing Director at Deloitte LLP, where she managed its U.S./China cross-border M&A business. She started her banking career with JP Morgan Chase and held various management positions at both Chase and Citi.

Wendy is a member of Governor Andrew Cuomo’s New York State Committee for the Advancement of Women in Leadership in Financial Services. She is also a member of the Board of Trustees of Friends of UNFPA (the United Nations Population Fund) since 2007 and served as its chairperson for seven years. She serves on the Dean’s Advisory Board at Douglass College.

Wendy is a recipient of numerous industry honors, including “50 Most Important People in Commercial Real Estate Finance” by the Mortgage Observer in 2015 and frequently invited to speak at industry forums and media programs including CNBC. Wendy received a bachelor’s degree in economics from Rutgers University.

nSight2020
Vision Twenty Twenty
Register
Sign up by March 13 to save $100 on registration!